When I say “Lag really kills off the Mood and ruins the Gaming Experience“, you all can agree with me. This is the reason most people buy high-end Graphics Cards to quench their thirst of getting the best Gaming Experience they can.

The main reason this post is here is to let everyone know that they can play most of the new games if they are on a Budget. We will be reviewing some of the Best Graphics Card under 100 Dollars and you can choose any one of them according to your liking.

Imagine a situation. You are into a game that you really like. You even shut your Girlfriend (or Boyfriend) out and decided to spend the evening with that game alone. Now, you’re into the game and almost about to win and suddenly, out of nowhere, a lag wave hits you and you lose.

Can you imagine the frustration? This post is here to save you from that frustration if you are on a low budget.

Now, graphics cards are not only for Gaming. They are also used for Photo/Video Editing, Animation, and even Crypto Mining. Now, if you are a person who wants to get their hands on a cheap card to get into Editing or wanna mine some crypto, keep reading as these cards are good for you too!

Most of the modern games require quality cards which are usually very costly. Nvidia and AMD are competing against each other to launch the best card in the market which offers value as well as is cheap!

Now, if you are on a budget, you will have to do some research to find the Best Graphics Card under 100 Bucks but worry not! We have this whole post ready; just for you!

We will be reviewing 6 Graphics Cards and we will choose the best so that YOU can get it and have the best Gaming Experience according to your budget! All the cards reviewed below will be the best ones under 100 Dollars.

We know that $100 is not really a huge amount but still, you can find the best graphics card which can satisfy your hunger for playing games without lag! So, let’s get started with the list!

Below we are going to review some of the best GPUs for you to buy in this post. We will put out the specifications of each card and then select a winner for you to buy!

These will be the 6 best Graphics card under $100 that can run some high-end games on low-mid settings without any lag. Obviously, the lag depends on RAM too but if you have at least 4GB RAM, you’re good to go!

Let’s now review all of them one by one and find which one will be the best GPU under 100 dollars to play the games without lag or to run Images/Video Editing Softwares with ease!

Gigabyte’s AMD Radeon RX 550 is one of the best Graphics Card under 100. It comes with 2GB DDR5 128bit Video Memory. It is a great card as it offers One-Click Overclocking for Gamers to meet their gaming needs! It is based on AMD’s existing Polaris 12 Architecture, code-named as Lexa Pro.

It supports HDMI 4K@60Hz and DP 8k@60HZ. Clock speed for gaming is 1183MHz and it can be overclocked to 1195MHz. This enables us to play modern games on low-mid settings and the old games at max settings! It can easily run games at 1600×900 WideScreen and can support 720p.

Due to overclocking, most of the cards heat up pretty quick but Radeon RX 550 comes with a specially designed fan by Gigabyte. This fan is 90mm in dimension and gives up to 23% Airflow up making it heat resistant (somewhat). Over usage will still heat it up though 🙂

Now comes Gigabyte’s Nvidia GeForce GT 740 with 2GB DDR3 128bit Video Memory. This GPU under 100 dollars is a good one as it has very low power consumption and also comes with, yet again, Gigabyte’s specially designed fan.

It can also run games in low-mid settings but you might feel some lag depending on the game and its textures. It provides pretty good quality (Nvidia is king of GPUs) and can be used if you want to play old games at higher resolution! It is also one of the cheapest options here. If you want something cheap and sturdy, you can check out our post on GPUs under $50 but let me tell you that those GPUs won’t be as good as these are.

GeForce GT 730 is a bit older than GeForce GT 740 and is a bit slow too. BUT, EVGA’s Nvidia GeForce GT 730 comes with a DDR 3 Video Memory of 4GB, 128bit architecture. We all know that DDR5 is better than DDR3 but since the Video Memory is quite increased here, the GPU provides pretty good feedback.

The Base Clock is 700MHz which is not a lot but is decent for this price range. Its Memory Clock goes up to 1400MHz. This card has a low power consumption technology and the cooling system looks good too!

Be it Gaming or Photo/Video Editing, anything can be done at blazing speeds. GT 730 provides fast performance and gaming experience was pretty good for us when we used it.

Another EVGA’s Nvidia GPU. The GeForce GTX 1050 is another Graphics Card that supports overclocking. This card has 2GB DDR5 128bit Video Memory which provides ultimate performance.

Base Clock is 1354MHz and it can be boosted to 1455MHz. This is a significant difference and can quench the hunger of those games which require more clock speed to render textures properly. Along with that, the Memory Clock is 7008Mhz Effective.

This GPU can support up to 3 Monitors and has PCI-E 3.0 Interface. It has 640 CUDA Cores providing you the maximum speed! The Maximum Digital Resolution supported is 7680 x 4320 which is pretty good.

Play all the old games in 1080p and modern games in mid-high settings at 720p. The gaming experience is ultimate with this card at this price range and this is why it is the best graphics card under 100 Dollars. 100% Recommended!

The Radeon R7 250 is a bit slower than GeForce GT 740 but a good card for its price. It is a bit cheaper than GT 740 but the performance difference is not significant. It comes with a 1GB DDR5 128bit Memory. Although the memory is low, don’t underestimate its power!

This GPU comes with a technology developed by Asus which helps it run at low temperatures. It barely gets heated for normal use. It comes with a Software that lets you control the fan speed, clock speeds, voltages, etc so that the gamer in you can optimize the card for several games and get the best experience.

Another Gigabyte’s AMD Radeon GPU is on this list. The Radeon R7 240 is a beast! It is a great budget GPU. It is better than most of the GPUs out there in its price range. It provides better performance than GT 730.

We like this card because of its performance! It can run old games like Skyrim on high settings 1080p resolution and the new games can run on medium settings and 720p resolution easily.

Its base clock is 780MHz and can be overclocked to 900 MHz. It comes with a 128bit Memory Interface. It also comes with a 100mm fan to provide better cooling and makes it dust resistant.

Which one is the Best Graphics Card under $100?

For us, the best graphics card under 100 bucks is EVGA GeForce GTX 1050 2GB DDR5. It is the best card that provides the best performance for its price. If you want the best Gaming Experience under $100, this card can satisfy your needs and run all the old games on Maximum settings and new games on medium settings at 720p!

If you plan to buy a card, this should be your choice! It is quite fast and can provide a good experience for Photo/Video Editors as it makes the Editing blazing fast.

Since you want the top-notch gaming experience, you should check out some of the more expensive cards. The $100 mark won’t obviously cut it in the gaming world and with new games coming out every now and then, it is hard to be updated.

We have also reviewed some GPUs under $200, $400, and $500! If you can increase the budget a little, then it would be better to go with a proper GPU that can last several years.

If your budget is fixed then the EVGA GeForce is the best choice for you! Save up some money and get an even better card later down the road! Let us know how it goes. Happy Gaming! 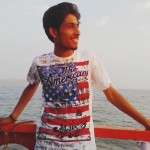 Yogesh is an Engineering student, part-time Internet Marketer, and to-be Entrepreneur. Loves to code, read about technology, and is a casual gamer. Started TechCompact to help people make an informed choice before buying tech products!

TechCompact.com is a participant in the Amazon Services LLC Associates Program, an affiliate advertising program designed to provide a means for sites to earn advertising fees by advertising and linking to amazon.com.